Are you being fooled by the "healthy food" packaging? Many "healthy" cereals are actually full of dangerous additives and chemicals!

What You DON’T Want to Find in Your Cereal Bowl (Foods to Avoid As Much As Possible!)

May 15, 2019 Posted by admin Foods to Avoid: Steer Clear of These Harmful Foods!, Healthy Eating

When you decide to follow a clean eating plan, it can be difficult. This is because there are so many foods posing as “health foods” that, in reality, pose some serious health risks. Let’s just say that part of eating a healthy diet is educating yourself and creating a mental “Foods to Avoid!” list. However, don’t let this intimate you. Especially if you are new to the whole “clean eating thing.” It is a process, so we’re here to help you. Read on for a list of six common ingredients that you should avoid.

A big bowl of cold breakfast cereal is the quintessential childhood breakfast food. You probably have fond memories of breaking open a box of Cap’n Crunch, and munching on classics such as Fruity Pebbles or Cinnamon Toast Crunch. In reality, some of these iconic childhood cereals actually contain Glyphosate, an ingredient used in weed killer!

Your parents might have wanted you to eat “healthier options”, such as Cheerios or Special K. Breakfast should fuel your body for a productive day, not slow you down with toxins, additives, and chemicals.

As we trend towards a more health conscious society, studies have began to emerge revealing serious issues with the cereals we cherished as children. The following 6 items are foods to avoid because they contain ingredients with seriously dangerous side effects! Add them to your “Foods to Avoid Like Crazy” list immediately!

The 6 Ingredients to Avoid When Choosing Cereals
Breakfast Foods to Avoid, Part 1

As you may have heard before, sugar goes by many names. Thus far, researchers have counted 61 different names for sugar additives. For example, you might recognize these common pseudonyms for sugar: cane sugar, high fructose corn syrup, evaporated cane juice, sucrose, and barley malt. Many popular cereal brands print them loud and proud on their nutrition facts list!

Frequently, you’ll see an ingredient list with sugar additives like honey, molasses, or maple syrup. These sweeteners on their own have more naturally occurring vitamins and minerals than processed sugars, yet should still be consumed lightly.

If you were to read the ingredient list thoroughly, you would almost always notice that in addition to less processed sugars (like honey and maple syrup), there will be 1-4 other processed sugars added to the cereal.

Luckily, Mu Mu Muesli has absolutely no added sugar. You don’t need to scour our ingredient list to find what name sugar is hiding behind. The naturally occurring sugar in Mu Mu Muesli comes from the dates, cranberries, and raisins; these will not spike your blood glucose level like a highly refined, processed sugar would. Lisa and Mike, the creators of Mu Mu Muesli even sweeten the cranberries themselves, with fresh apple juice. As you can see, this is one safe food brand; you truly are guaranteed a sugar-free breakfast that is 100% clean and whole!

Even if a cereal appears to contains healthy whole grains, it is frequently not what it seems. Manufacturers of cereal typically put their grains through a process called extrusion. In other words, they mechanically remove the nutrient-dense wheat brand and wheat germ from the grains. This results in a starchy, lackluster ingredient that lacks most of its original nutrients!

This is why many mainstream cereals will add low quality vitamins and minerals back into the cereal. Doesn’t something about this process sounds backwards to you?

Oats are the only whole grain in Mu Mu Muesli, and they are present in the muesli in their pure, original form!

You wouldn’t expect to find fungi tumbling out of your cereal box and into your bowl. Unfortunately, a micro fungi, called a mycotoxin, naturally grows on foods such as cereals, grains, peanut butter and coffee. Corn, wheat, sorghum, and barely are all grains that are susceptible to having high concentrations of mycotoxins. Notably, all of these grains are commonly the base for boxed breakfast cereals.

Mycotoxins develop due to improper grain storage, especially during mass production. Unfortunately, mycotoxins also tend to grow when they sit in storage for an extended period of time.

The safer bet is to buy cereals that are a product of a smaller business, like Mu Mu Muesli. Ready to join the cause? Follow our Pinterest board, “Support Small Ethical Businesses” for Ideas + Inspiration!

Initially, glancing at the nutrition label on your box of breakfast cereal, it seems quite dense in vitamins and minerals. There appears to a high percentage of B vitamins, Calcium, Iron, and vitamin A. Eating conventional cereal for breakfast might seem like a healthy option, and a smart way to get vitamins in first thing in the morning.

However, despite the high percentages of added vitamins and minerals, your body actually has a hard time absorbing these additives.

Mu Mu Muesli consists of 100% pure ingredients, including oats, coconut, almonds and dates, all of which provide naturally occurring vitamins and minerals. Oats provide B vitamins and iron, while dates provide potassium and magnesium. Almonds give you a healthy dose of calcium, and coconut contains vitamins C and E.

Mu Mu Muesli is a sure way to get a bowl full of naturally occurring vitamins and minerals that your body will happily absorb.

Glyphosate is the most popular herbicide in the United States. Large companies spray it liberally over crops to kill unwanted weeds. Glyphosate is the main ingredient in Roundup, which is the herbicide that Monsanto applies to its crops… all of which are GMOs.

Glyphosate kills plants by blocking an enzyme pathway called the shikimic acid pathway. This chemical is mainly sprayed onto mega crops like corn and soy, thus making the base of many cereals a toxic concoction.

In addition, wheat, oats, and barley are sprayed with glyphosate pre-harvest in order to kill the crop to quicken the drying process. When lab tested for levels of glyphosate, the highest levels of glyphosate showed up in Cheerios ( 1,125.3 ppb), Raisin Bran ( 82.9 ppb), and Cornflakes ( 78.9 ppb). Researchers have linked glyphosate to several serious diseases, such as cancer, dementia, and diabetes.

Mu Mu Muesli sources oats from farmers that have pledged to be 100% glyphosate free!

If the cereal you’re eating comes from GMO crops, it’s almost inevitable that you will be exposed to glyphosate that was applied to the crop. All of the ingredients in Mu Mu Muesli are GMO free and 6 out of 8 are certified organic.

We take a stand against using GMO ingredients due to their harmful effects on soil and the environment.

Walking into the grocery store’s cereal aisle may prove to be an overwhelming task. Reading through countless ingredient lists and nutrition labels to find the perfect breakfast cereal can be daunting. Flashy cereal boxes and bags will attempt to mislead you with claims of “natural” and “wholesome,” when they are anything but.

Save yourself the trouble, and make the easy decision of eating Mu Mu Muesli for breakfast. You can eat it cold like a cereal classic, or make it warm and comforting. We vow to keep our ingredients pure, organic, GMO free, and full of nutrient dense ingredients. We want you to feel full, nourished, and sustained throughout the day!

Unfortunately, this is just the beginning. I recommend checking out “The Top 7 Weed Killer Containing Cereals: What Cereals to Avoid and Why” next. On the bright side, breakfast is the most important meal of the day, so this is a great place to start!

People who enjoyed “What You DON’T Want to Find in Your Cereal Bowl: Foods to Avoid, Part 1” also loved:
The Essential Beginner Vegan Shopping List for an Easy Transition
The Best Pancake Mix Ever: What’s the Big Deal About Our Pancake Mix?

This author hasn't written their bio yet.
admin has contributed 4 entries to our website, so far.View entries by admin 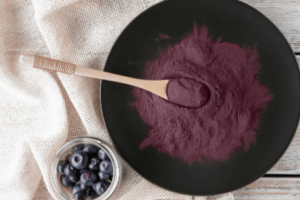 The "superfood" acai has taken the health food communities on Pinterest and Instagram by a storm! And it makes sense; it's hard not to become intrigued with the variety of acai smoothie bowl images and gorgeous acai recipes floating around out there. But it's always a good idea to check out health trends, which is why this article will focus on acai nutrition. Below, you'll find plenty of evidence linking acai to truly transformative health benefits, as well as acai recipes. (Hint: our protein acai bowl recipe is unbeatable!) 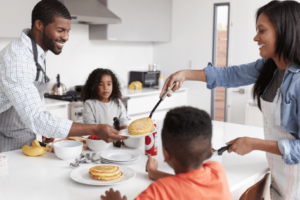 Learn the best pancake recipe without eggs or milk! You'll find: how to make homemade milk video, tips for making good pancake recipes without milk or eggs, and plenty of holistic nutrition tips!

In this post, you'll find step-by-step instructions showing you the best vegan pancake recipe without eggs. You'll also learn where to buy the best vegan protein pancake mix, healthy pancake topping ideas, and answers to many questions related to pancakes and nutrition.

Learn all about how amond milk, butter and oil can improve your health! You'll also find plenty of pictures and a comprehensive timeline of the history of dates!

What Are Nonpareil Almonds and Why Do They Matter? (Health Benefits of Almonds)

What are nonpareil almonds, and why do they matter? You'll soon have a full understanding of nonpareil almonds, as well as the health benefits of almonds. We'll also explore healthy almond pasteurization methods versus harmful ones. It's still hard to believe the kind of chemicals most popular foods come in contact with on a regular basis! Which is exactly why you need to arm yourself with knowledge in order to avoid toxic foods disguised as "health foods."

Send us an email and we'll get back to you, as soon as possible.